One of my napkins was selected again this year for recognition in the Architectural Record 2019 Cocktail Napkin Sketch Contest. This will be the fourth time one of my entries was featured in the competition. The entry, receiving a runner up in the contest, was a vignette of the top of 465 North Park, a project we completed in Chicago last year. This sketch imagines a view from above while the “crown" was under construction, which included the staging platform off the 48th floor and one of the "spider cranes" on the roof.

The actual construction work undertaken at the top of this tower was an impressive act of coordination. The contractor even cordoned off the tight elliptical roof into four quadrants to keep small crews completing sequential tasks circulating around the tower top with the next crew following immediately behind. This particular sketch is a little bit fluid with the sequencing. Several activities shown did not occur at the same time, but were consolidated in this image for dramatic effect and to convey the effort required to get this work completed.

Even though each sketch is typically completed in less than 10 minutes, I undertook several studies of this sketch, slightly tweaking and adjusting the vantage point, line weights, and scope to end up at the final result that was submitted. I’ve been participating in this competition since 2011, so I have a wide-ranging collection of tests and sample napkins that were never submitted. As up to six sketches can be submitted each year, I would estimate that I've submitted over 40 napkin sketches to the magazine in the last decade.

I feel strongly about the importance of the ability to sketch. Despite ever-evolving technological advances, freehand sketching remains a relevant skill and the cocktail napkin sketch is the quintessential medium of choice for generations of designers and architects. Sketching is not about reproducing an accurate image. Sketching is a technique to quickly convey ideas in a way that inherently has a certain level of abstraction. This looseness leaves room for interpretation and reinterpretation, encouraging new ideas and different directions. Napkin sketches, in particular, have a lack of preciousness and speed, quickly permitting numerous iterations.  Another appeal of the napkin sketch is its commonplace nature. The medium is a small, very commonplace surface. Easily becoming oversaturated or torn by the tip of a pen, the material almost doesn’t work, giving a slight precariousness to each undertaking. This instability is compelling, forcing a lack of precision that only enhances the nature of the technique. 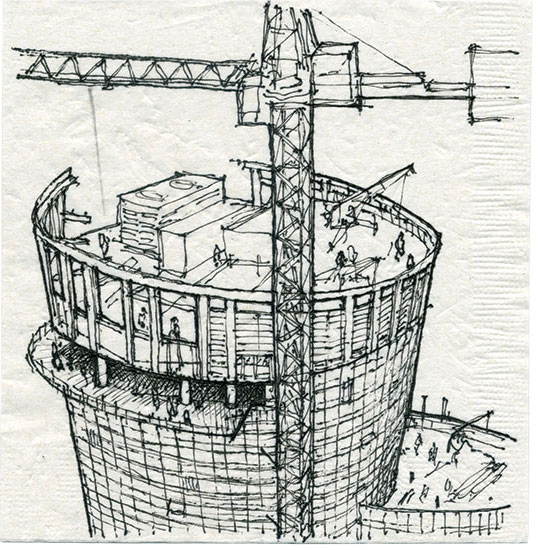 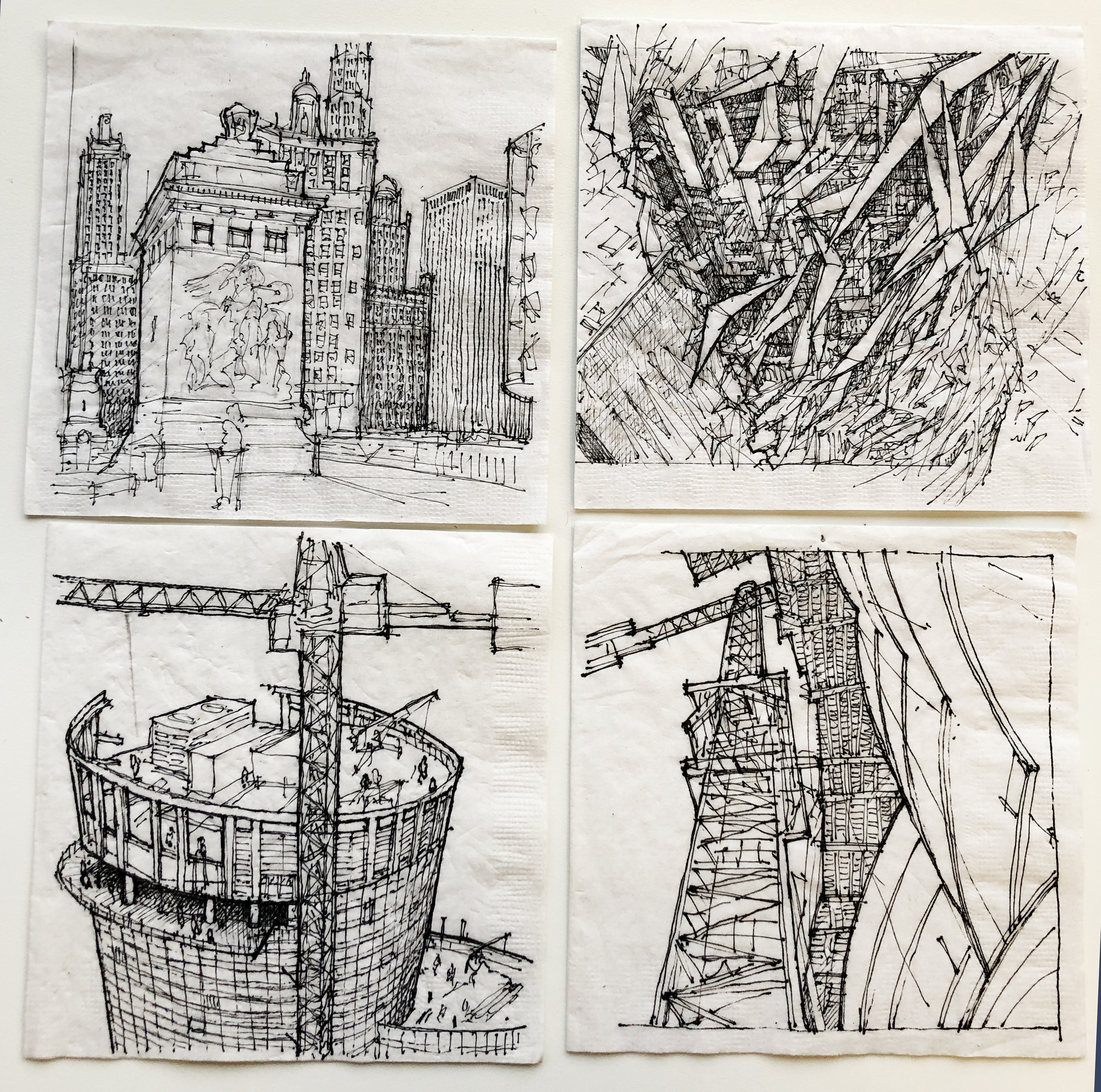