The redevelopment at the corner of 45th and Cottage Grove Avenue in Chicago’s Bronzeville neighborhood encompasses a phased transformation of an entire city block, which was left vacant since the demolition of the former Washington Park Homes public housing project in 2002. Almost 18 years later, this new development along Cottage Grove Avenue breathes vibrancy to the neighborhood. The first phase of the project, 4400 Grove, consists of two four-story mixed-use residential buildings that run along the length of South Cottage Grove Avenue with a public plaza mid-length. The pair of mixed-income apartment buildings provide 21 units reserved for Chicago Housing Authority (CHA) residents, 34 affordable units for households earning up to 60 percent of the area median income, and 29 market-rate units, ranging from one to three bedrooms. The buildings also include a combined 15,000 square feet of retail space on the first floor as well as a community plaza and a landscaped park extending to the west half of the parcel, which will include the second phase of the development with sixteen single-family townhomes surrounding the park.

Cottage Grove has long been an important north-south route of the south side, connecting Hyde Park and the University of Chicago to the Chicago Loop, and the project aimed to reflect the historical character of the brick buildings in the area while still exuding contemporary curb appeal. This is accomplished by breaking down the building facades into modular segments that suggest individual buildings. Each segment alternates between modern aesthetics, which uses darker grey brick and metal panels with minimal detailing for a sleeker look, and a more historically influenced appearance with classic red and yellow brick. These segments also utilize traditional brick techniques, such as rusticated columns and cast stone detailing similar to traditional limestone detailing. Entire sections push in and out from the building plane to further define each facade and add visual interest to the building. Different window sizes allow for different sill heights, and varied window operations and colors amplify the unique look of each segment. The resulting design gives the impression that the buildings have been built over time and organically evolved into a street wall along Cottage Grove Avenue.

In addition to providing attractive and affordable housing for the community’s growing residential population, the project spurs commercial and social activity in the neighborhood. The centrally located plaza and park not only act as amenity space for the residents but also serves as a physical link to the community by lending its space for public gatherings, events, and an extension of retail activities. The twelve street-level retail spaces are outfitted with finishes, bathrooms, drinking fountains, and lighting, which is atypical as more often, developers will leave these spaces raw. The spaces are move-in-ready on a basic level, allowing tenants to set up shop with a limited budget. 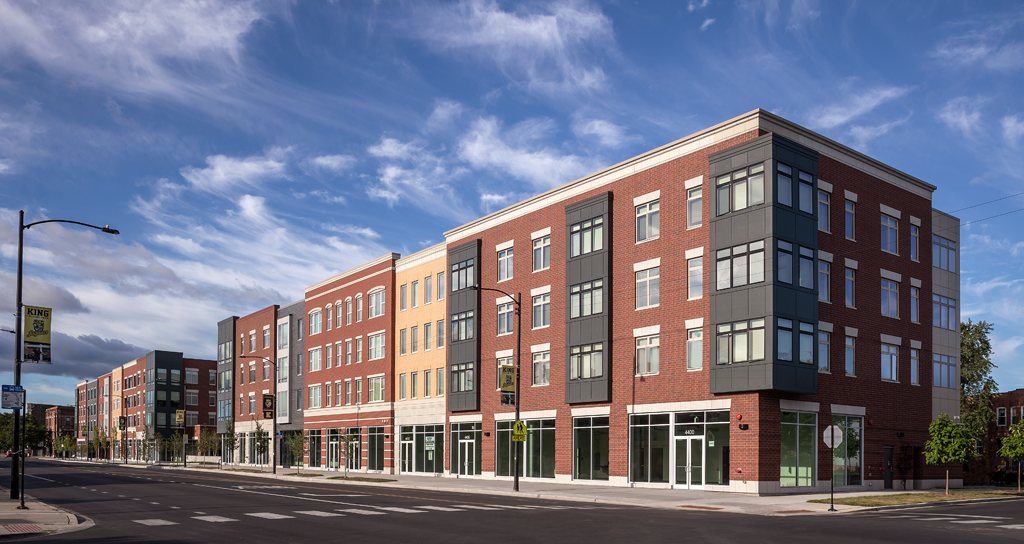 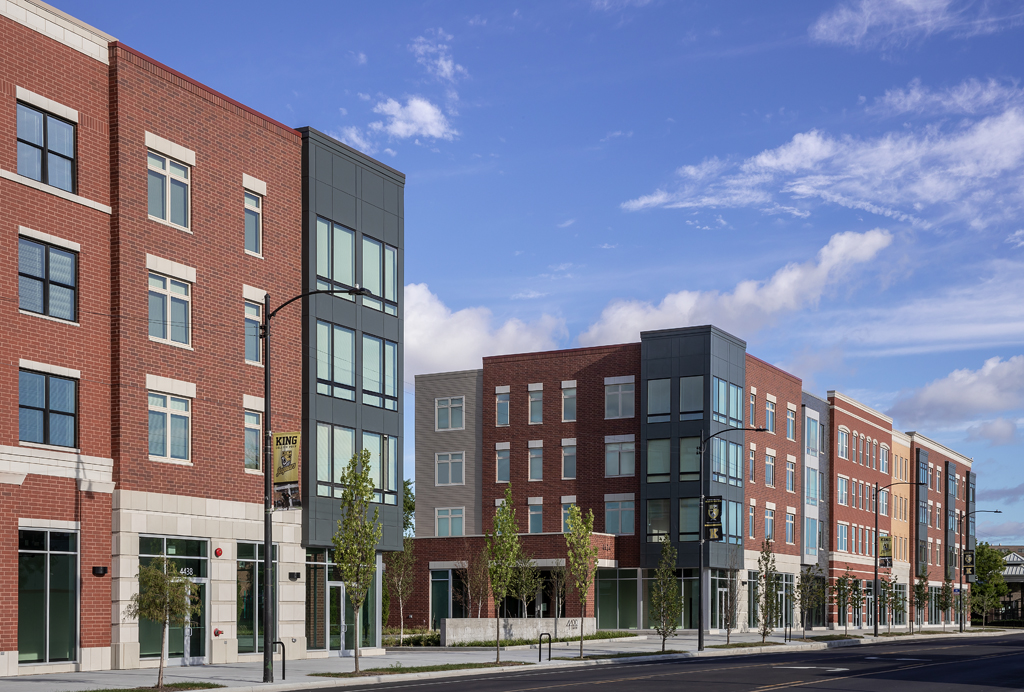 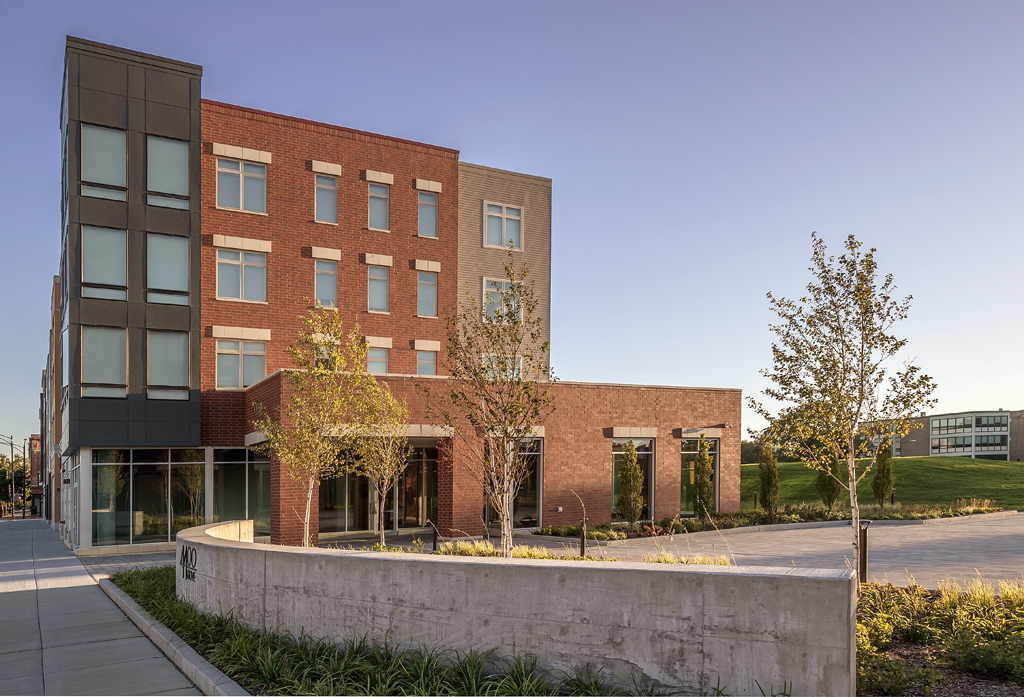 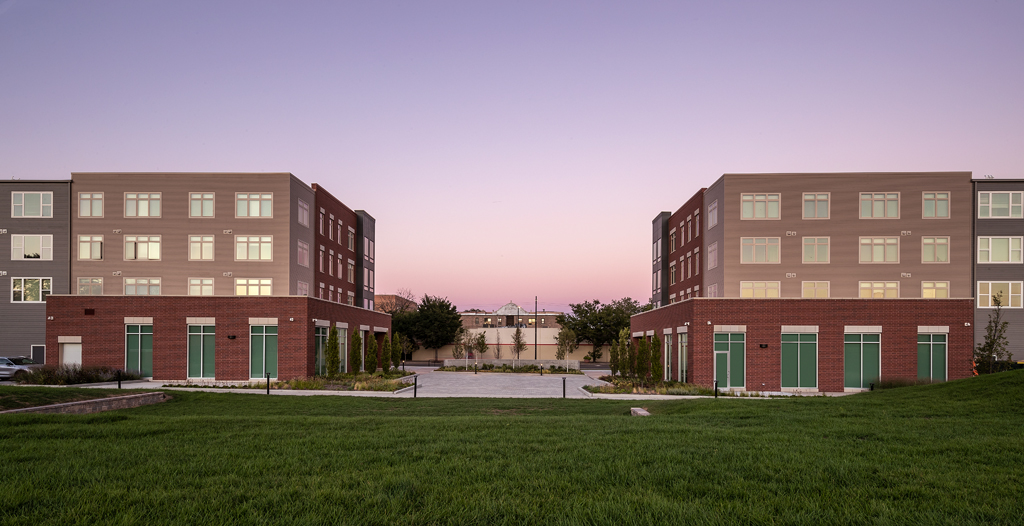 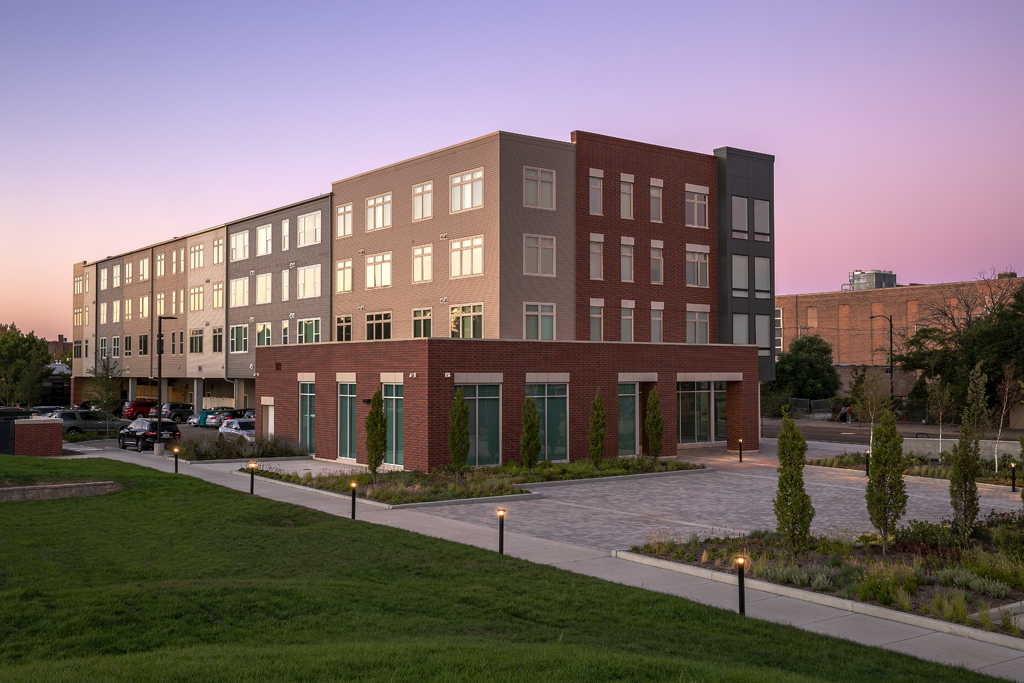 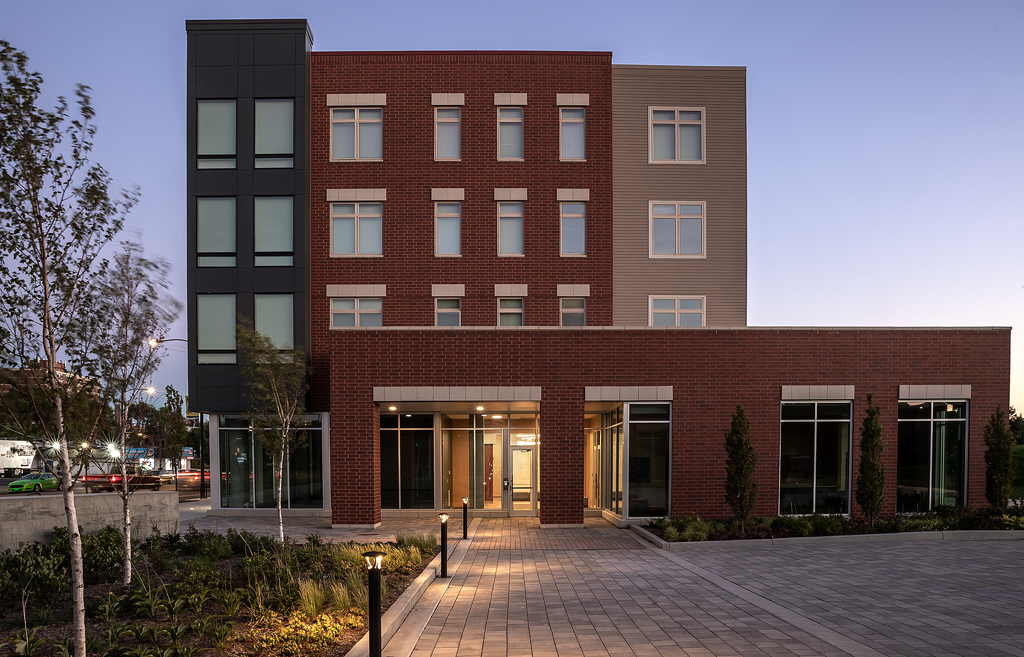