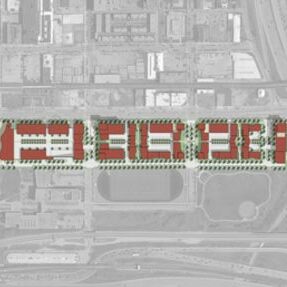 This concept for the redevelopment of the former Harold L. Ickes Homes into a viable mixed-use, mixed-income community, envisions a complete urban living experience, connected to its neighbors and the rest of the city. Located on a three-block site on Chicago’s South Side, the plan includes residential, retail, and recreational components. The income mix of the housing component is designed to provide a total of over 700 public housing units, workforce housing units, and unrestricted market units. A retail incubator will join the mix of larger national retailers and smaller local stores on the site, allowing greater affordability for local emerging retail businesses. The architectural concept is characterized by ‘peaks’ and ‘valleys’ along the street axis of the plan, with a similar sense of scale dropping down from higher buildings along the streetwall to lower-scale buildings along the park, athletic fields, and school at the edge of the site. The relationship among the higher buildings and the lower buildings is designed to break down the scale of the large blocks with a series of residential-scale courtyards, adding intimacy and increased character to the residential areas and a greater overall sense of place. 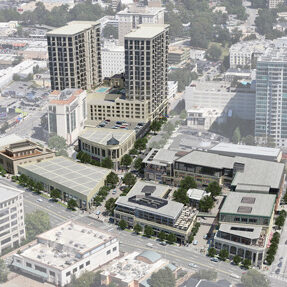 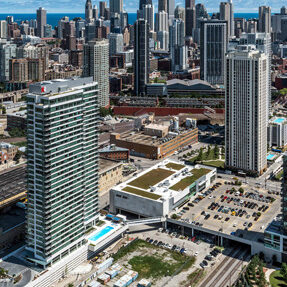 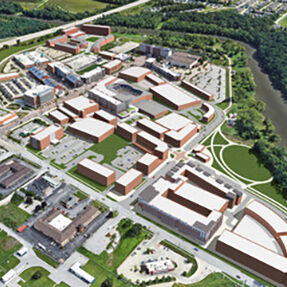 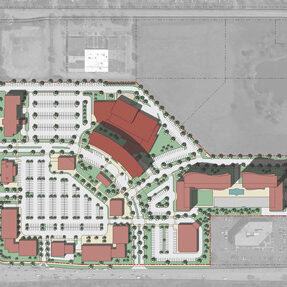 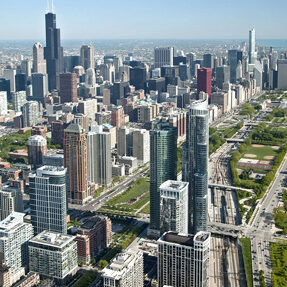 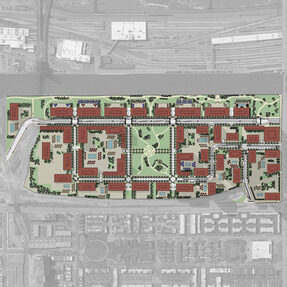 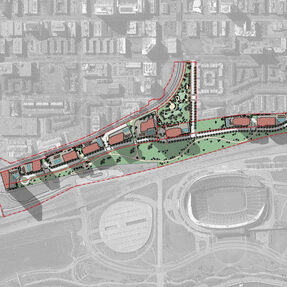 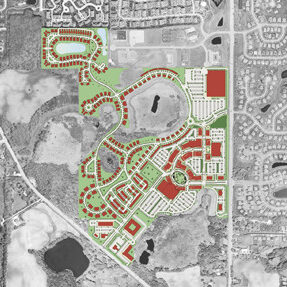 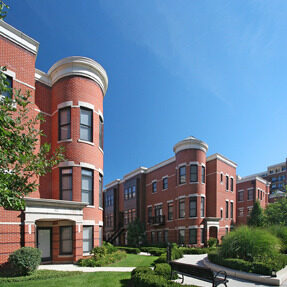 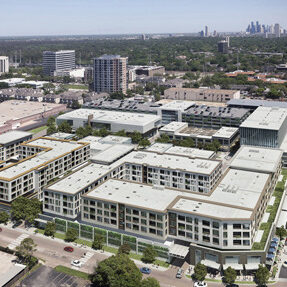 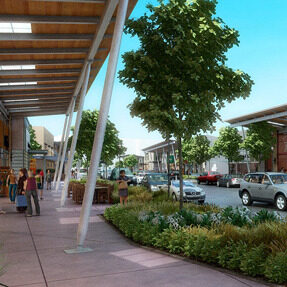 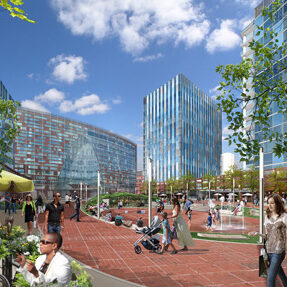 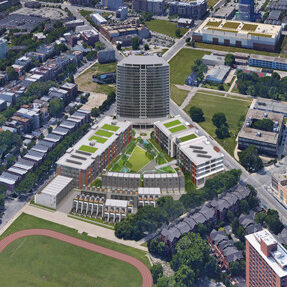 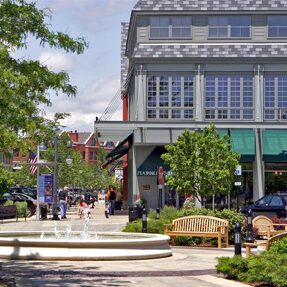